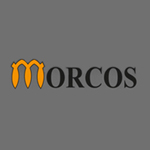 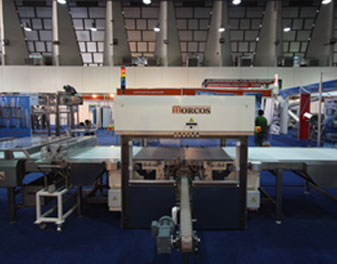 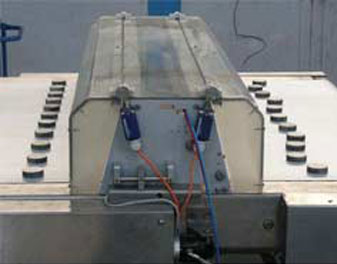 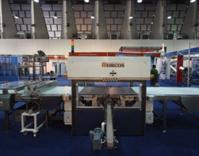 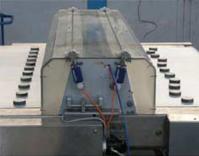 The transfer station realigns the rows and feeds row by row to a tilting plate equipped with a pusher.

In its turn, the pusher feeds the row to a transversal conveyor which evacuates it to the indexing system, the tilting plate acts also as a storing station if the transversal conveyor is still loaded with a previous row.
In case the tilting plate is still loaded or engaged in a motion cycle, then the new coming row pursues its way to the next station, which feeds the next wrapping machine.

At the end of the last station, an accumulating conveyor stores the excess rows not fed to the wrapping machines due to an eventual stopping of a wrapping machine for example.
This conveyor can be equipped with an automatic refeed system to recycle the stored rows to the last wrapping machine at each gap between the incoming rows.

To simplify cleaning, the station is equipped with an automatic opening system, and the transversal conveyor can be easily moved out, using a specially designed trolley.

The product turning conveyor consists of two parallel bands with independent drives with different adjustable speeds, in addition to a side conveyor to ensure turning the products from long side leading to short side leading whenever it is necessary.

The indexing system consists of a gap closing conveyor followed by several short conveyors which detect continuously the position of the product relative to the position of the lugs of the wrapping machine and correct the product position to ensure feeding it between the lugs at high speeds.
The indexing can be adjusted to place between the lugs either one by one product or a defined number of products at each time to enable wrapping individual or several products in the same packet. 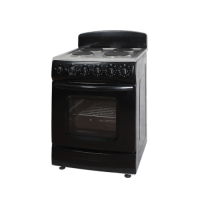 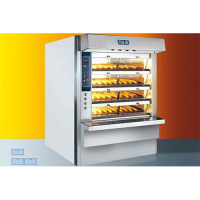 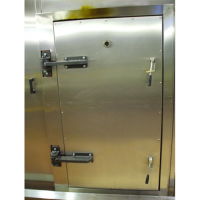 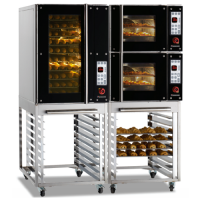 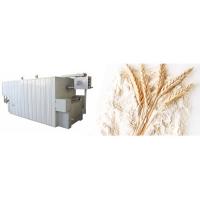 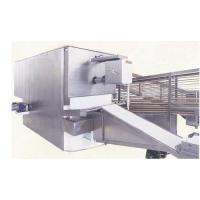 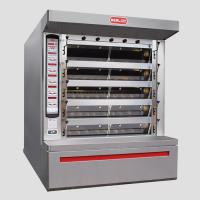 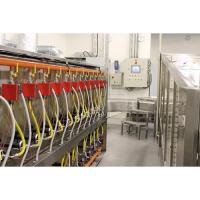 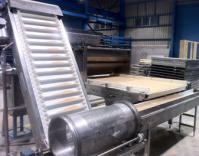 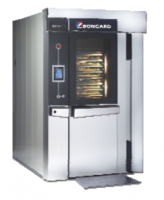