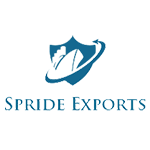 
The aromatic inner bark of any of several East Indian trees belonging to the genus Cinnamonum, of the laurel family, especially the bark of C. zeylanicum (Ceylon cinnamon) used as a spice, or that of C. loureirii (Saigon cinnamon) used in medicine as a cordial and carminative.a tree yielding such bark.any allied or similar tree.

Cinnamon is High in a Substance With Powerful Medicinal Properties Cinnamon is a spice that is made from the inner bark of trees called Cinnamomum.It has been used as an ingredient throughout history, dating back as far as Ancient Egypt.
It used to be rare and valuable, and was regarded as a gift fit for kings.These days, cinnamon is cheap, available in every supermarket and found in all sorts of foods and recipes.When it dries, it forms strips that curl into rolls, called cinnamon sticks. The sticks can be ground to form cinnamon powder.

Evidence suggests that cinnamon may have anti-carcinogenic effects as well, although the research thus far is limited to animal studies.These experiments demonstrate that cinnamon extract slows the growth of cancer cells and induces cancerous cell death
If these properties do extend to humans, then cinnamon may in fact be able to slow growth and kill cancerous cells. And even if these properties do not extend to a cure or treatment for cancer in humans, other characteristics of cinnamon, including the presence of antioxidants and free radicals, can contribute to its possible anti-carcinogenic effects.