Jaggery is a traditional product of sugarcane.Jaggery is a sweetener that's becoming popular as a "healthy" replacement for sugar.It's often referred to as a "superfood sweetener."It can be defined as a honey brown coloured raw lump. Jaggery is made in a natural way and during its processing it does not loose its original properties. It contains the natural goodness of minerals and vitamins inherently present in sugarcane juice. This crowns it as one of the most wholesome and healthy sugars in the world. Jaggery production is on a huge scale and is the biggest hub in this area.The produced jaggery is known for its rich taste, colour and molecular structure offering better shelf life so is world renowned for household consumption.

Jaggery is an unrefined sugar product made in Asia and Africa.It's sometimes referred to as a "non-centrifugal sugar,"
because it's not spun during processing to remove the nutritious molasses.Similar non-centrifugal sugar products exist all over Asia, Latin America and the Caribbean, although they all have different names.70% of the world's jaggery production takes place in India

How is It Made?

Jaggery is made using traditional methods of pressing and distilling palm or cane juice. This is a 3-step process:

1. Extraction: The canes or palms are pressed to extract the sweet juice or sap.
2. Clarification: The juice is allowed to stand in large containers so that any sediment settles to the bottom. It is then                   strained to produce a clear liquid.
3.Concentration: The juice is placed in a very large, flat-bottomed pan and boiled.

During this process, the jaggery is stirred and the impurities are skimmed off the top until only a yellow, dough-like paste remains.
This "dough" is then transferred to molds or containers where it cools into jaggery

Is It More Nutritious Than Sugar?

Jaggery contains more nutrients than refined sugar because of its molasses content.
Molasses is a nutritious by-product of the sugar making process, which is usually removed when making refined sugar.
Including the molasses adds a small amount of micronutrients to the final product.
The exact nutrition profile of this sweetener can vary, depending on the type of plant used to make it (cane or palm).
According to one source, 100 grams (half a cup) of jaggery may contain:

Jaggery may also contain small amounts of B vitamins and minerals, including calcium, zinc, phosphorus and copper.
One commercially available product, SugaVida, is a granulated palm jaggery that is claimed to be a good source of naturally occurring B vitamins.

Compared to refined sugar, jaggery appears nutritious. Refined white sugar contains only "empty calories" — that is, calories without any vitamins or minerals. Gram by gram, jaggery is more nutritious than sugar. However, there is a big "but" when it comes to describing it as nutritious. It's essentially still sugar, and any extra nutrients you get come with a lot of calories.
You would also need to eat a lot of jaggery to get a meaningful amount of these nutrients, which you can get in much greater amounts from other sources.
So, while it may be slightly "healthier" to replace refined sugar with a sweetener that has more vitamins and minerals, it's not really advisable to add jaggery to your diet.

What Can Jaggery Be Used For? 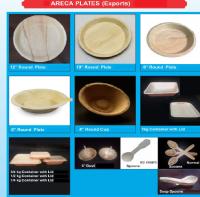 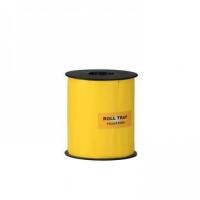 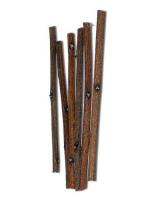